Well, after quite the hiatus from blogging, I have returned! I have several drafts of blog posts from the past ~10 months that I'll eventually get to finishing up, but for right now, I'll dive in an pretend you know the big events that have happened since my last post (some good, some awful, some exciting).

After working from home several days in the past two weeks, because of this silly "blizzard" that hit Boston, I'm back in the office! In any event, there is a ton of snow everywhere. Check out some of the pictures below. 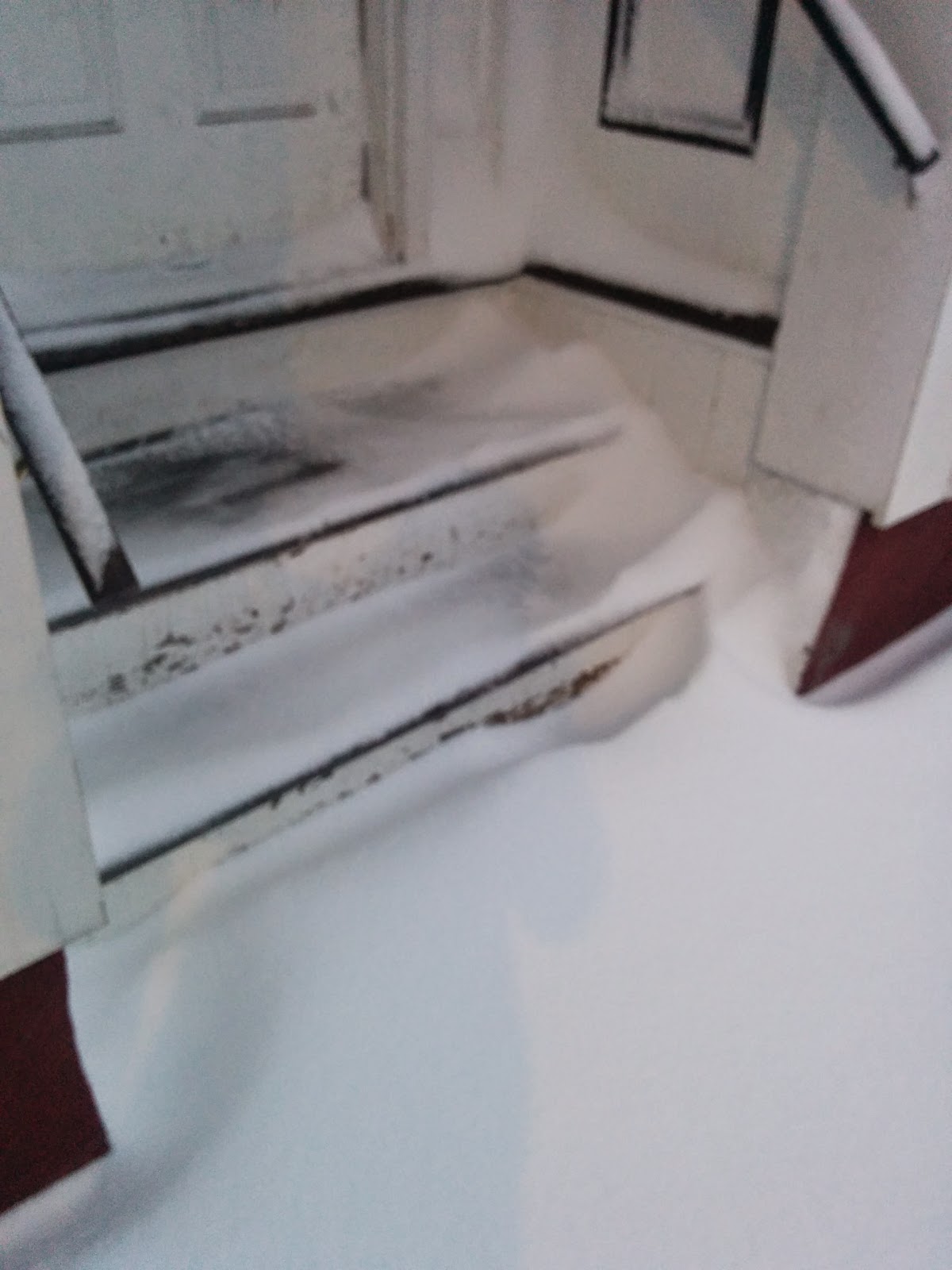 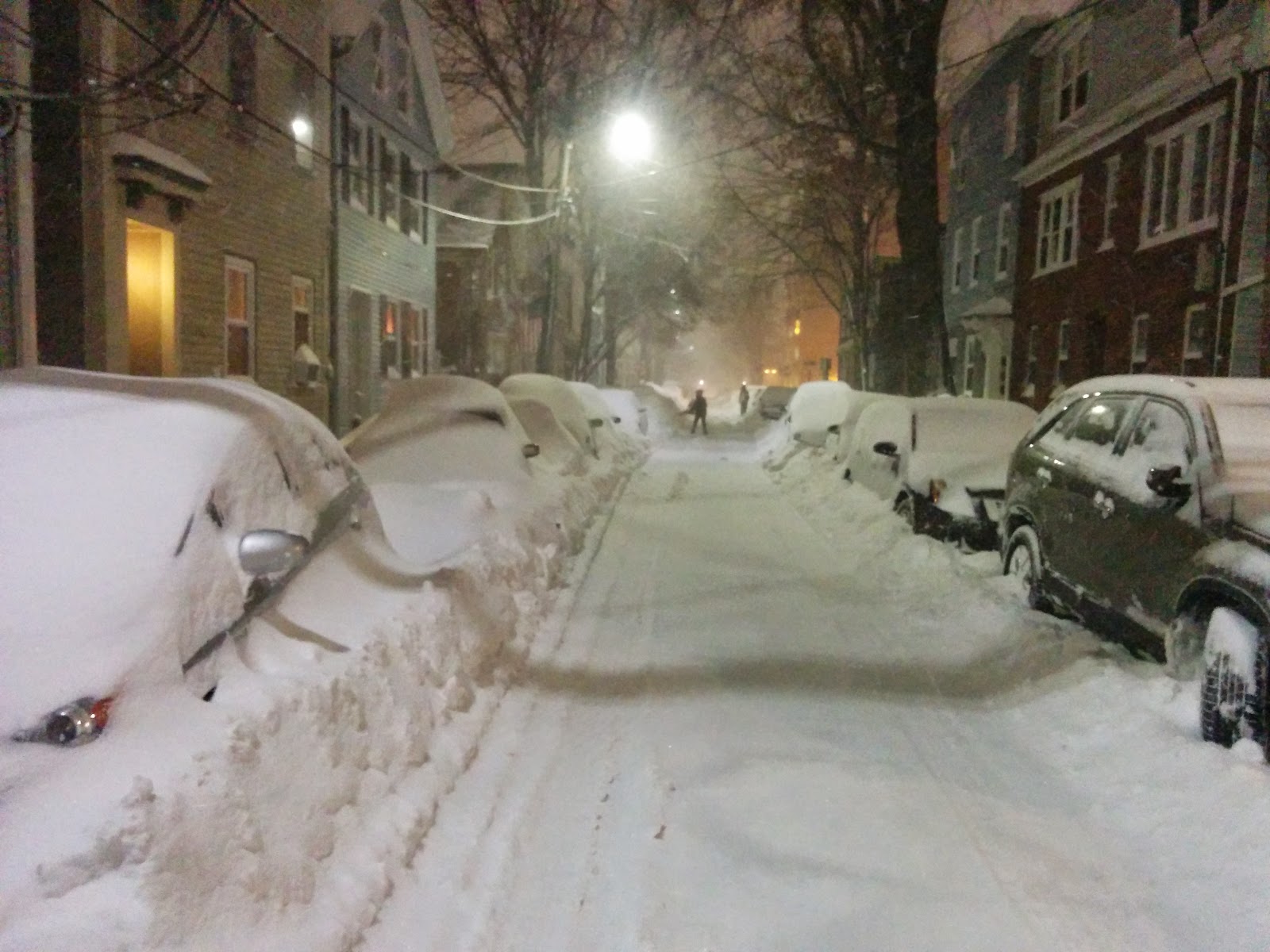 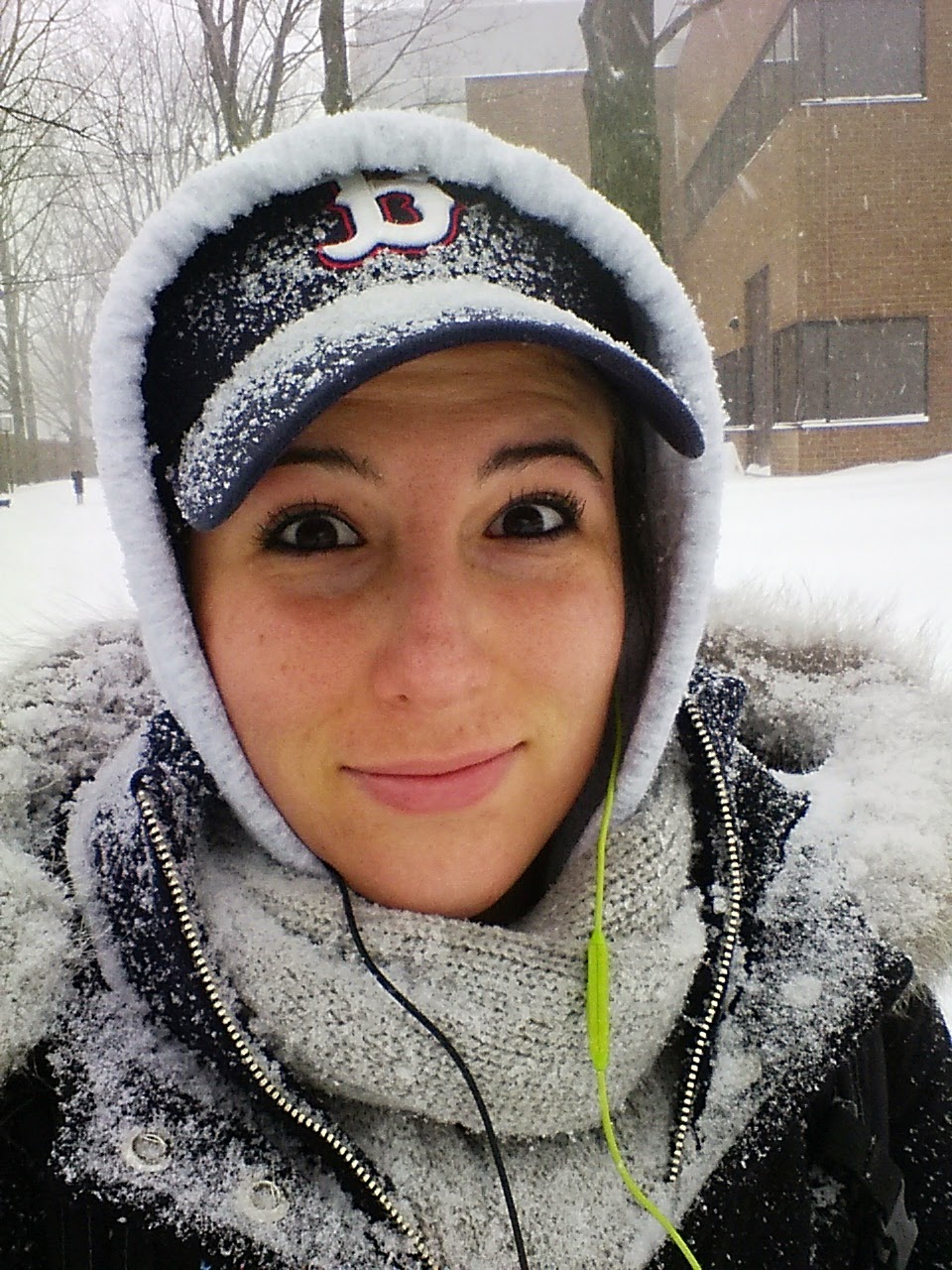 I love snow! Also, randomly, my earbuds shock me, anyone have that happen? Weird. 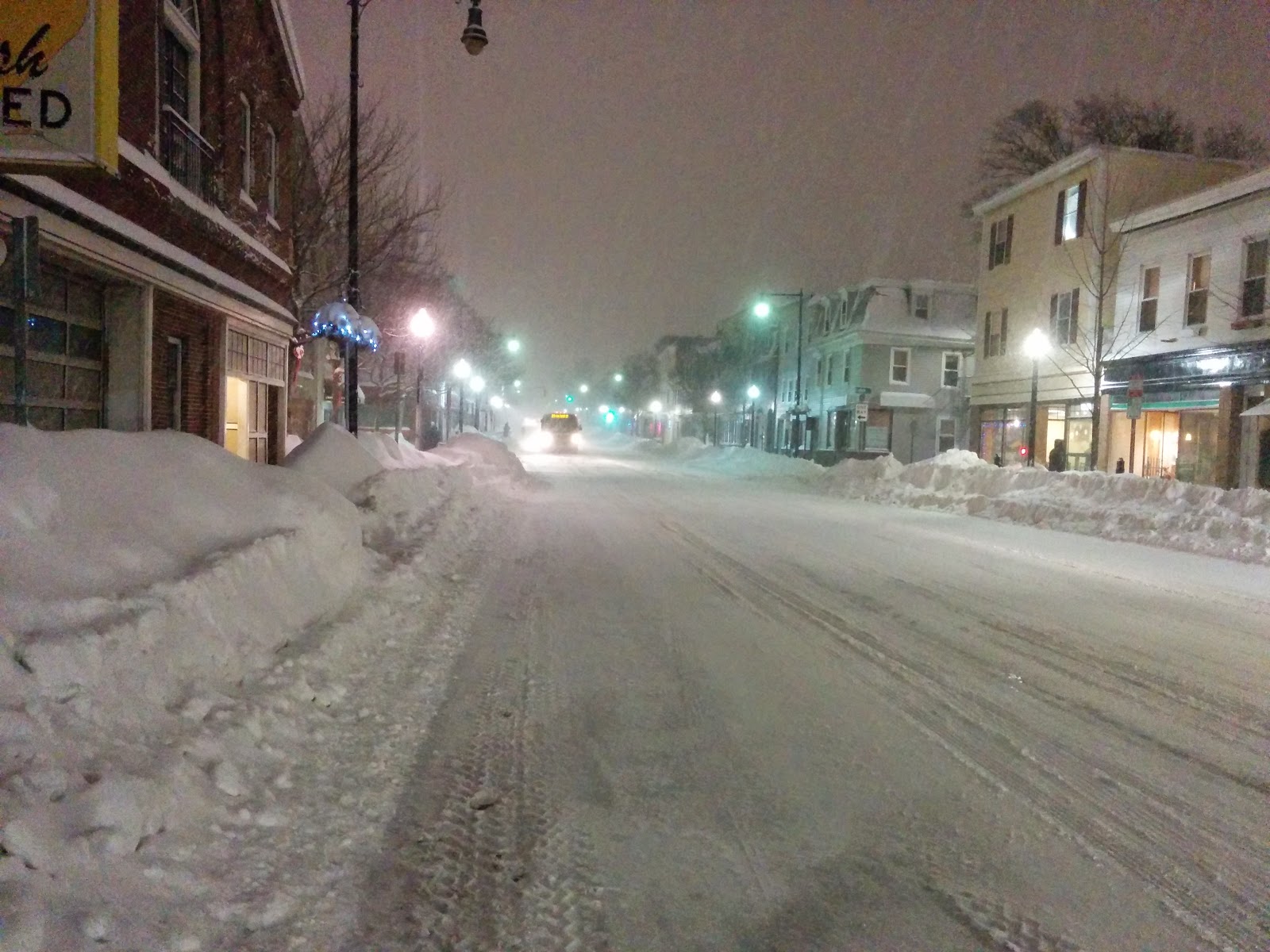 As my brother got married in August and moved out this past Fall, I got a new roomie! My good friend from undergrad just moved in last week so it's been oodles of fun to be living with someone again. Our first week together though, was no fun. Heh. I had a bloody nose from hell (last ~1hr20min and lost ~350ml of blood) and then Lulu got food poisoning and passed out while throwing up and hit her head so we went to the ER. Man, we went through more in the first week than most do in a year of living together! Haha, only up from here, right? *knocks on wood*

However, on to more pleasant things, WE GOT A CAT! Welcome, Edna! Before you go rolling your eyes, we thought through it before we just up and went to the MSPCA (pound system here in MA). Ultimately Edna, our 5 year old adorable kitty, will be Lulu's. We adopted her from the MSPCA (next time you're looking for a pet, consider adoption instead of the pet store!) but she had to get over a cold she had before she could get spayed and come home to us! In any event, we were both very excited about her arrival. Like anxious parents-to-be we called them nearly a dozen times before she was finally ours! We even got some canvas-like material and made a little table skirt for around the table under which her litter box is, so as to give her some privacy (and more so, help with the scent). But yeah, I can't get over what a ham she is. She lies in the most ridiculous positions and is soooo friendly. She loves getting pet and is a super chill, spazzy, and dorky cat. She fits in purrrfectly. 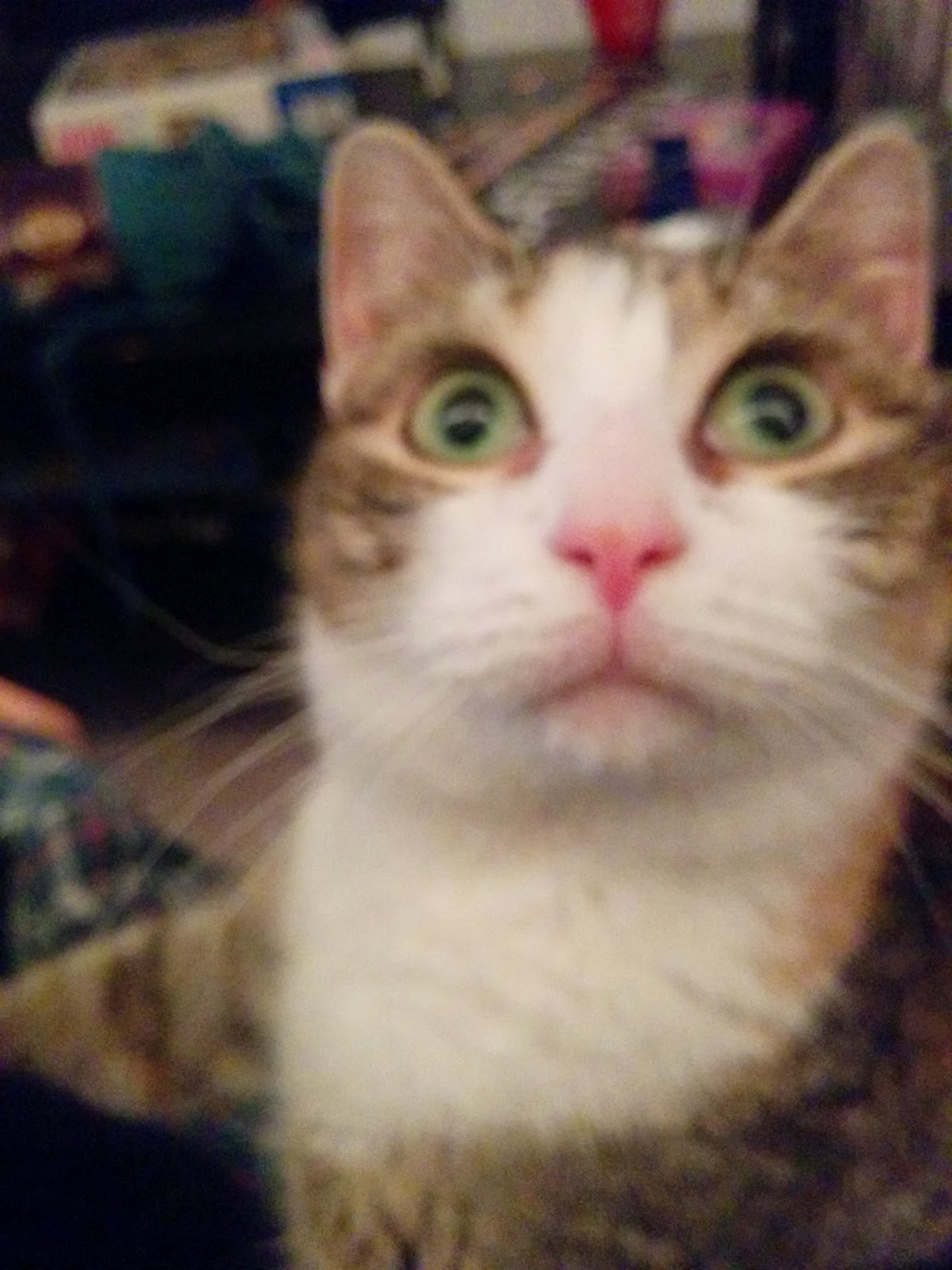 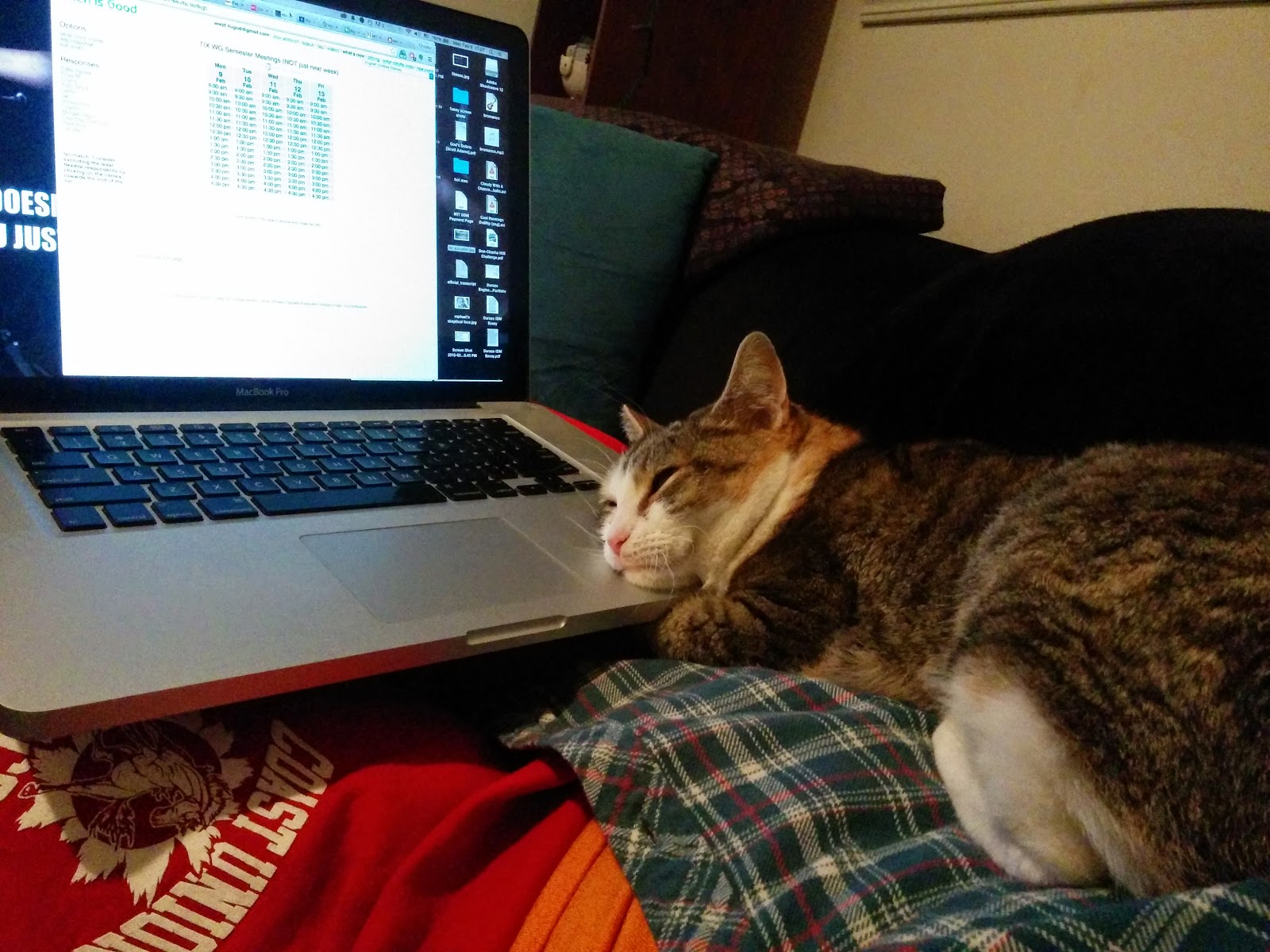 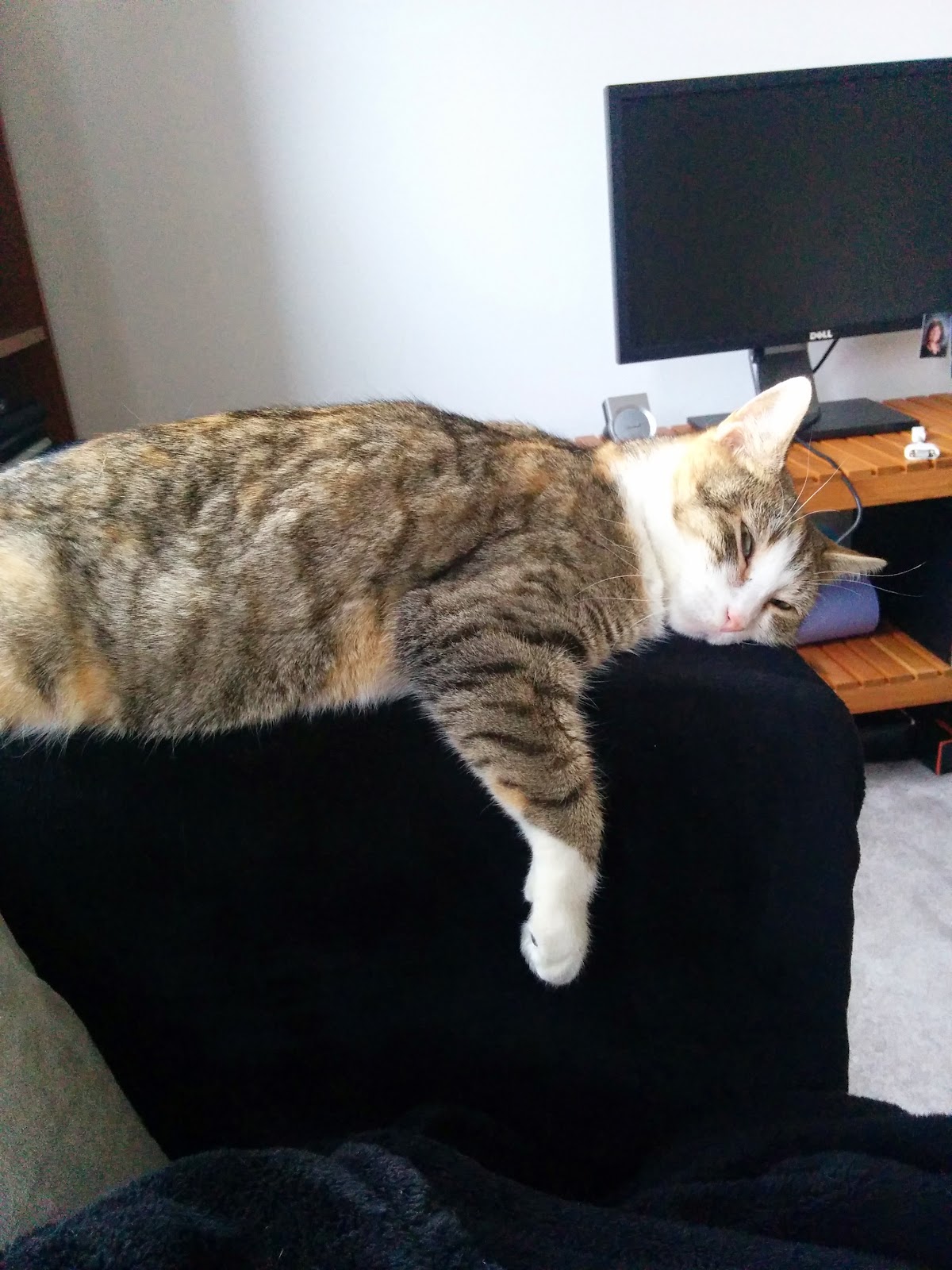 Her arms were sprawled out hugging the arm of our couch. I'll have to take a pic of her kneading and suckling my squishable Panda, hilariously entertaining. 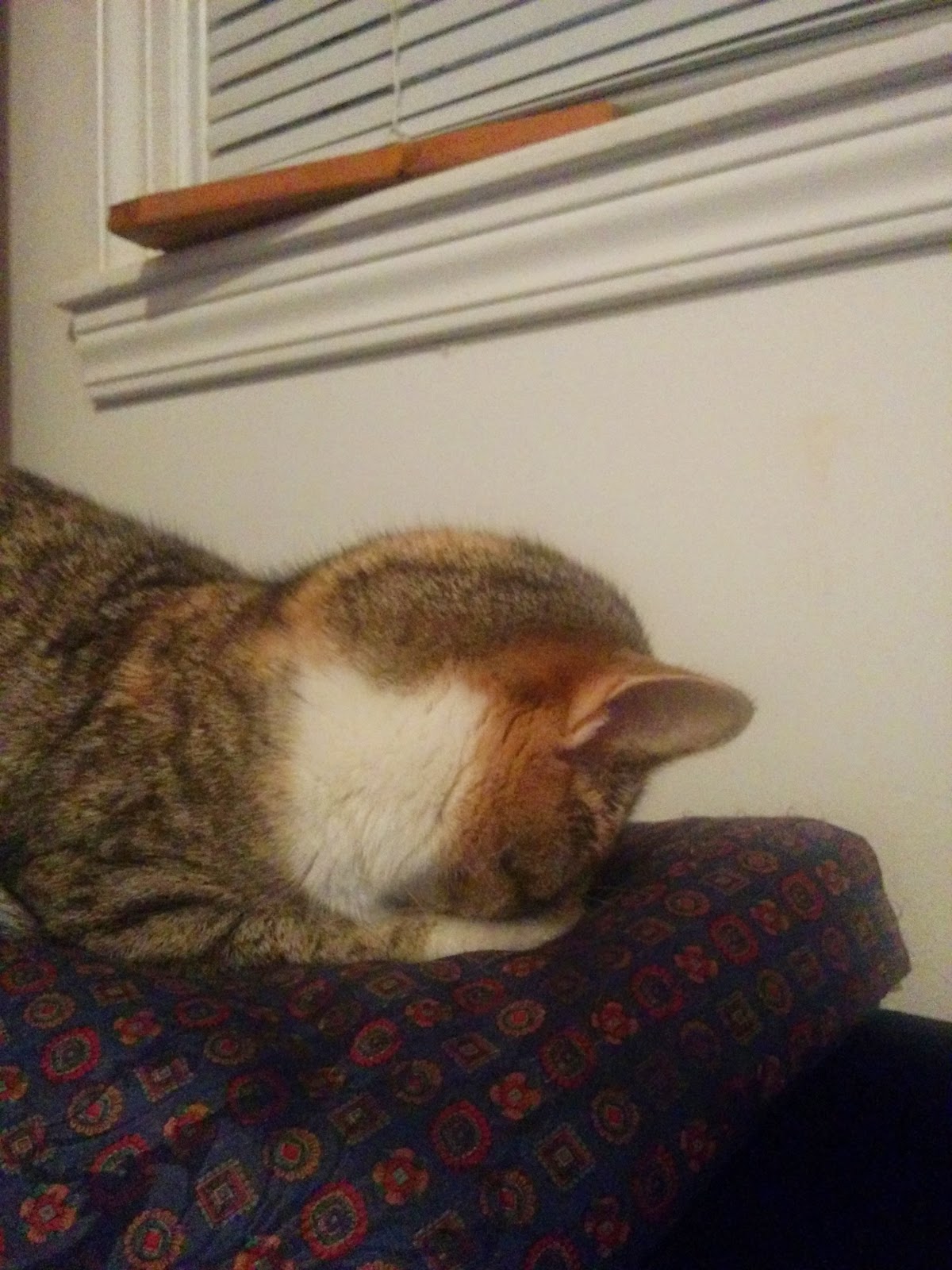 Seriously? HOW CAN SHE BREATHE?

Anyway, aside from walking through tunnels of snow that might one day collapse and smother me, life is good. Just waiting to hear back from grad school but I'm surprisingly at peace and content. :)

Oh yeah, I've given my roomie the nickname Lulu (DON'T CALL HER THAT) ergo I've tagged her's and my joint adventures as "Adventures of ChaLu" keep your eyes out for future stories. :)

Email ThisBlogThis!Share to TwitterShare to FacebookShare to Pinterest
Labels: Adventures of ChaLu, Edna